Providing actionable data insights to improve the efficacy, reliability, and sustainability of vaccine distribution in the hardest-to-reach places.

1 in 5 children still lack access to the basic vaccines they need, and that gap continues to grow.

Tremendous progress has been made to deliver vaccines to every child. However, the world has struggled to reach the final 20% of children. Loss of vaccines due to damage caused by ineffective cold chain systems is a major contributor to this global challenge. Vaccines must be kept between 2-8 degrees Celsius and deviation outside this range can render the vaccine useless. Keeping vaccines at the correct temperature from production to inoculation is no easy task. Most recently, even the wealthiest countries with reliable energy access, resources for new equipment, and robust supply chains have struggled to successfully manage the COVID-19 vaccine rollout. Where does this leave vaccine distribution in low- and middle -income countries?  By bringing data-driven solutions to cold chain management, Nexleaf partners with ministries of health to have visibility into vaccine storage and delivery so that everyone is protected.

A WHO & UNICEF joint statement revealed that 55% of health facilities in low- and middle-income countries had poorly performing or non-functional cold chain equipment. This means that the cold chain equipment in these countries is unable to adequately protect vaccines from damage due to temperature fluctuations. Such inefficiencies are costly to the health system, not just in terms of wasted vaccines but also missed opportunities for disease immunity. Without a significant focus on the way vaccine supply chain systems are designed, managed, and supported, they will continue to be a barrier to reaching everyone, everywhere. Nexleaf works to collect and deliver critical data that empowers health workers, informs ministries of health, and improves overall cold chain performance.

How We Tackle This Challenge 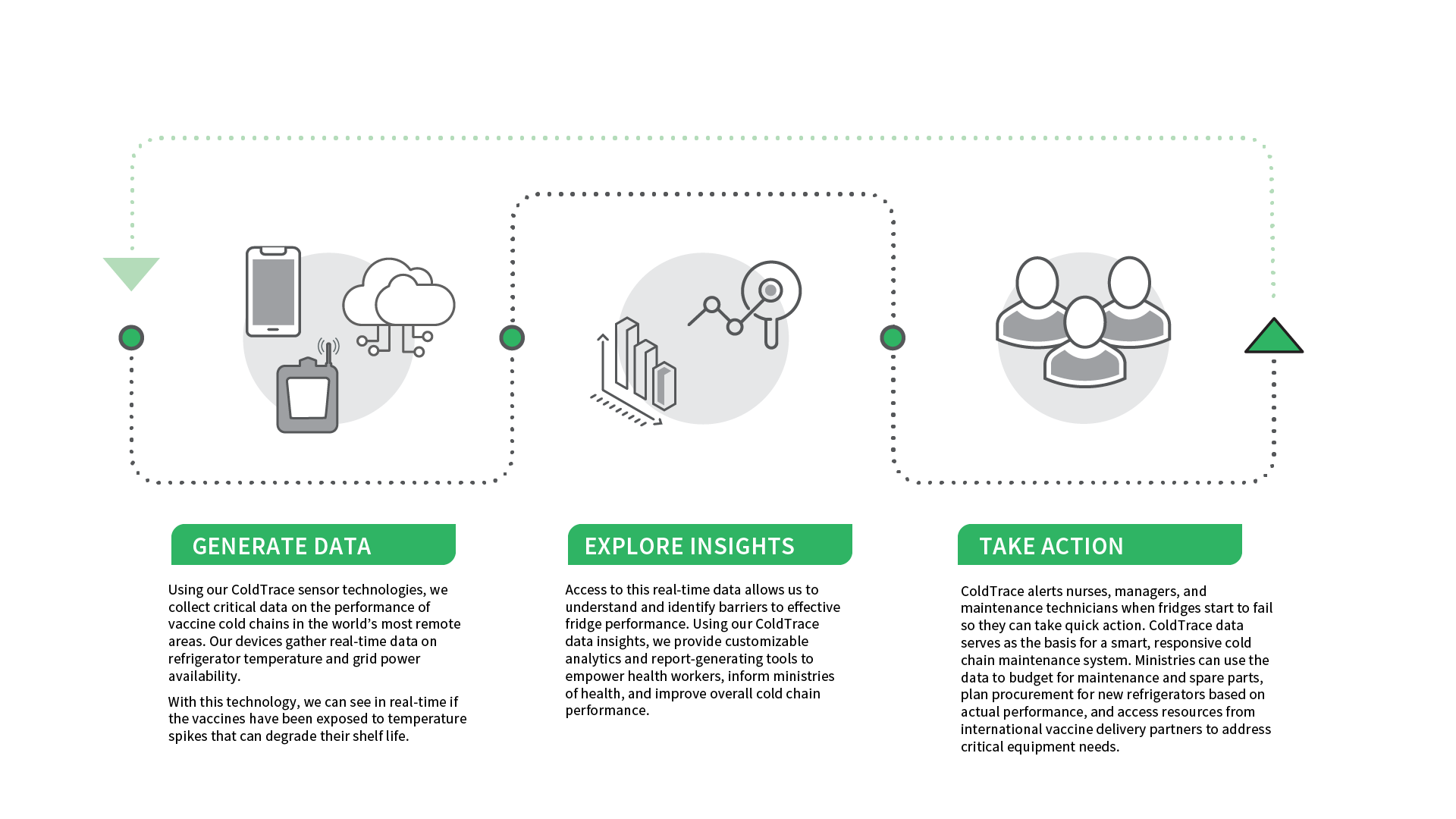 How We Use Data Insights to Strengthen Health Systems Worldwide 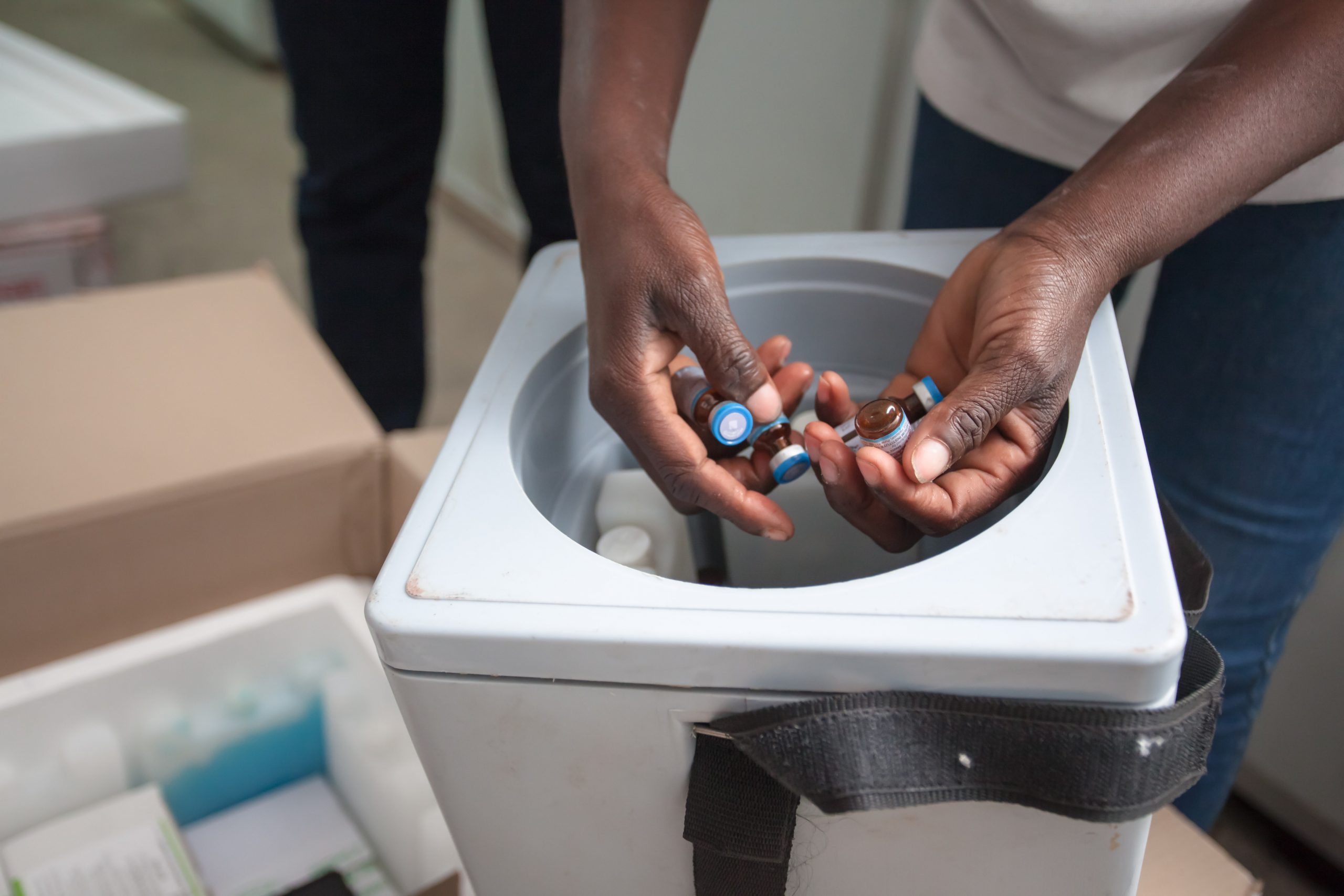 Increasing the Efficacy of Vaccines

To maintain the quality of vaccines throughout the delivery process, they must be stored in the 2-8 degrees Celsius range. Yet, an estimated 75% of vaccines are exposed to harmful temperatures by the time they make it through the supply chain, increasing the likelihood of being ineffective upon delivery. Our focus is to strengthen the vaccine supply chain by identifying the weakest points and customizing improved routes for more efficient and equitable distribution of vaccines—ultimately bringing rates of exposure to harmful temperatures down to zero. 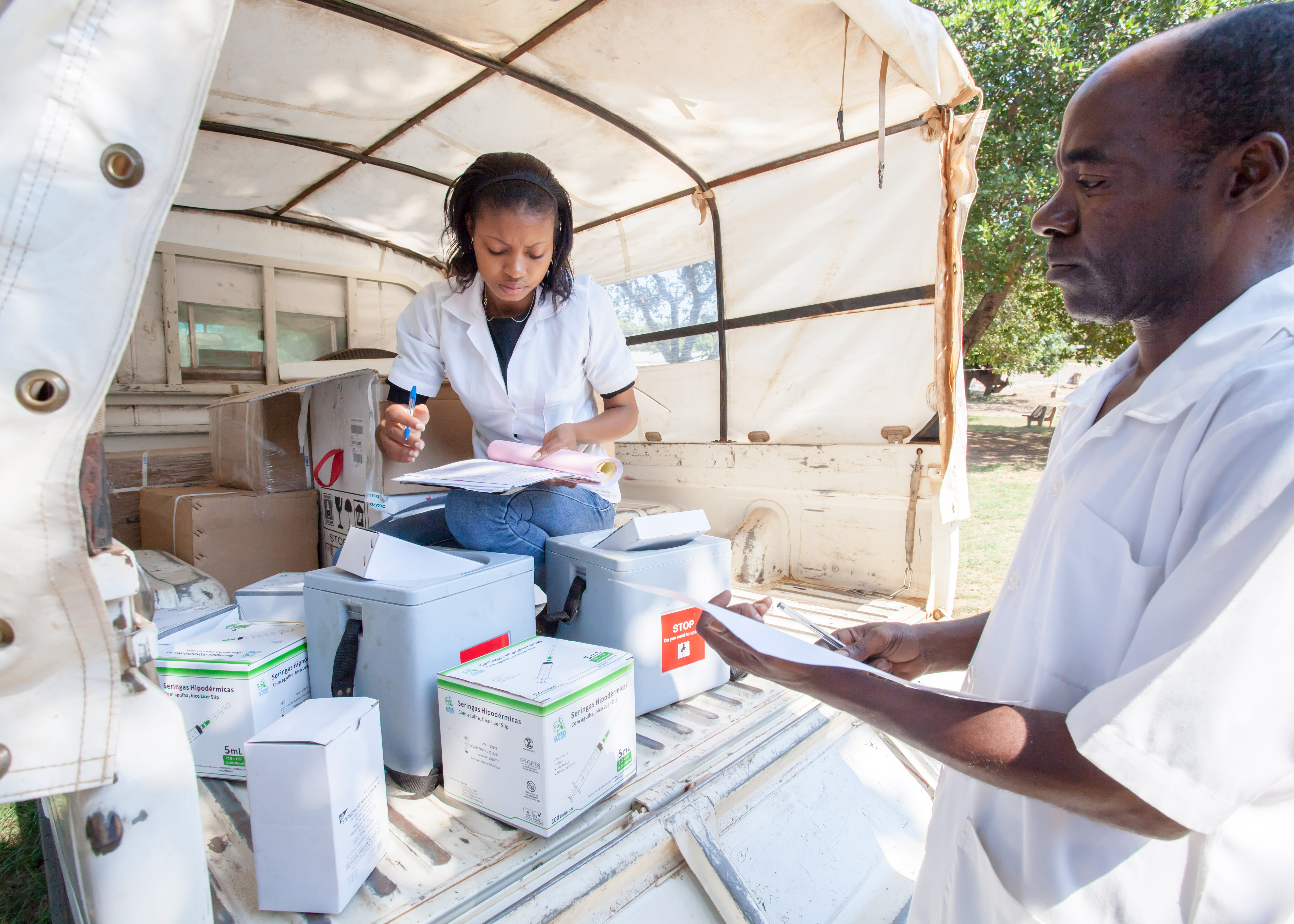 Safe Delivery to the Last Mile

Vaccines must travel long distances to reach communities in the most remote areas of the world. Without adequate monitoring, countries and governments know very little about the effectiveness of vaccine transportation. Our sensors collect continuous, real-time data on vaccine storage equipment, and can send alerts to distribution teams during transport that enable personnel to immediately respond to hazardous temperature excursions. Our tech and data solutions provide end-to-end visibility into the entire cold chain and enable decision-makers to improve vaccine safety. 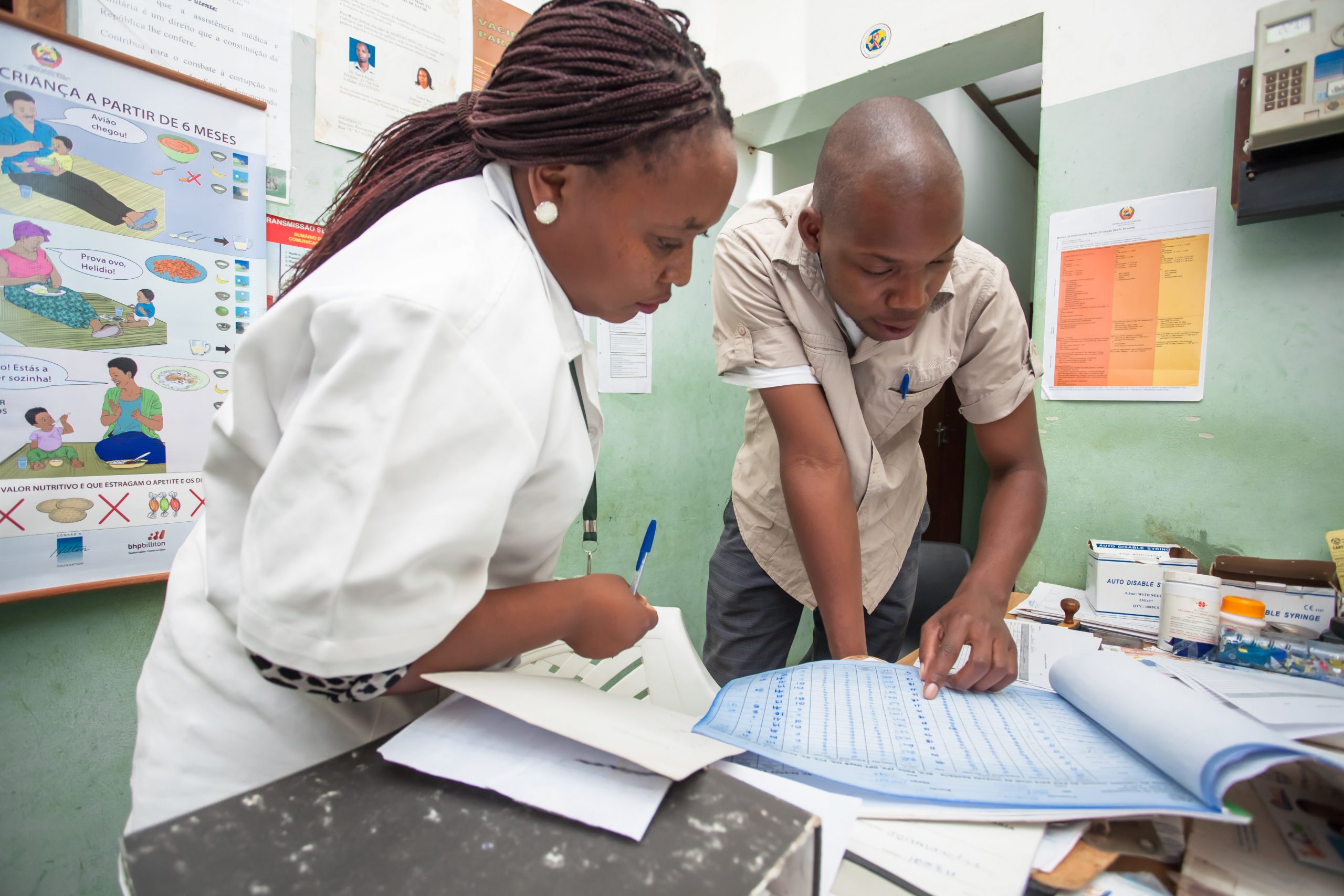 The COVID-19 pandemic has made the disparities in healthcare that affect communities in low- and middle-income countries more evident than ever. Even as the world rallies around public responses to this ongoing pandemic, these actions are proving to fail the world’s poorest countries. We are committed to supporting truly equitable health services. Our work in emergency response is guided by our in-country partners and supported by data-driven insights learned from years of experience.

Story from the Field

Within the first month of deploying our ColdTrace sensor technology in Kilifi, Kenya, health workers from one clinic received a ColdTrace SMS message on a Saturday informing them that the power at their clinic was out, putting the temperature-sensitive vaccines stored there in danger. The staff, who were off for the weekend, quickly contacted the security guard, who was able to switch the vaccine refrigerator power source over to back-up propane gas power. However, the following day the clinic workers received another ColdTrace message stating that the vaccine refrigerator had become too hot.

Alarmed by this second alert, the health workers went directly to the clinic where they discovered the propane hose attached to the refrigerator had clogged, causing it to overheat. They fixed the problem, saving approximately 2,000 vaccine doses that could have been lost over a single weekend.

Learn More About Our Work 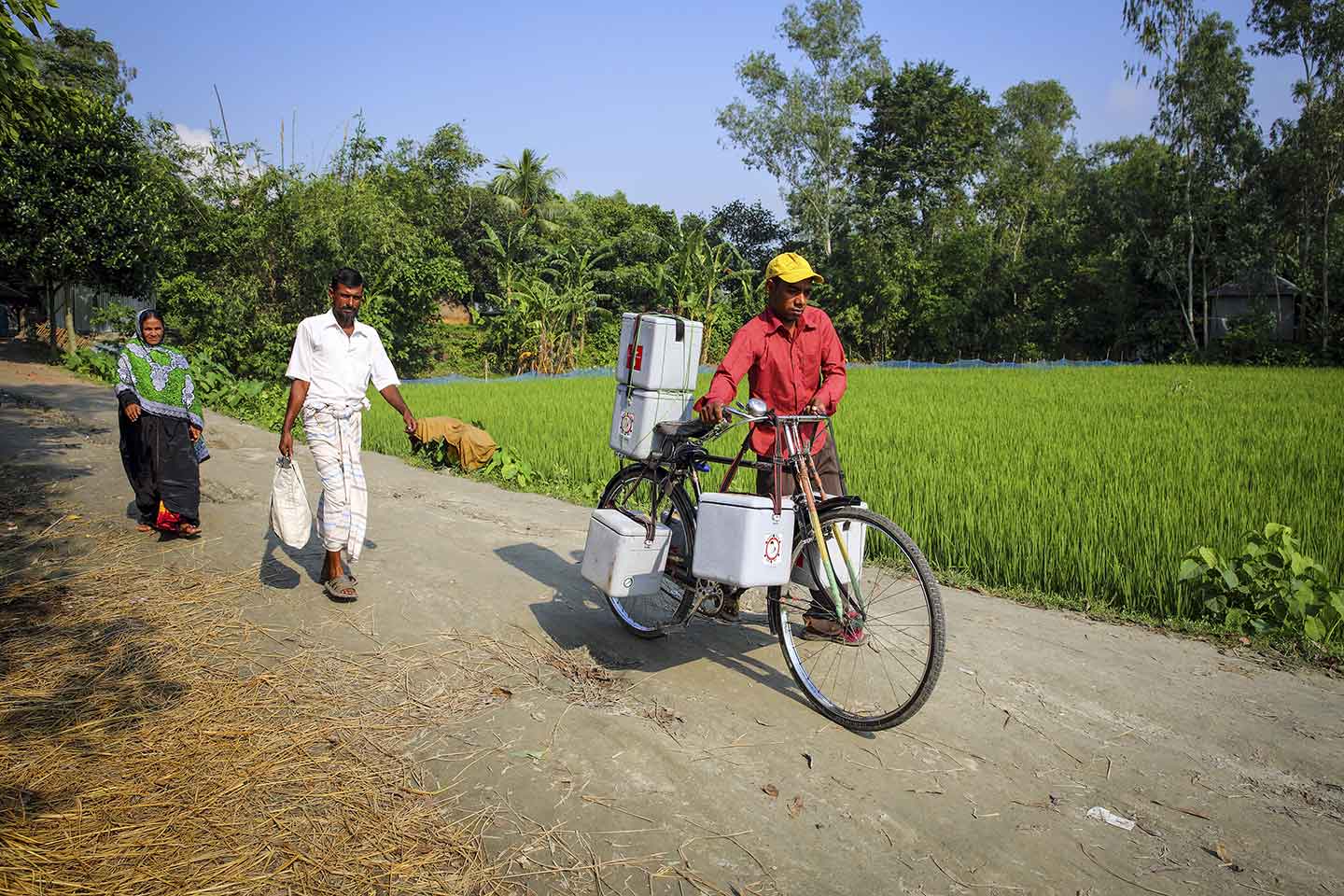 Our response to the ongoing coronavirus pandemic should ensure that every person–regardless of where they live–receives a potent vaccine for COVID-19, as well as for every other vaccine-preventable disease. That response begins with a realistic look at the current vaccine cold chain infrastructure. 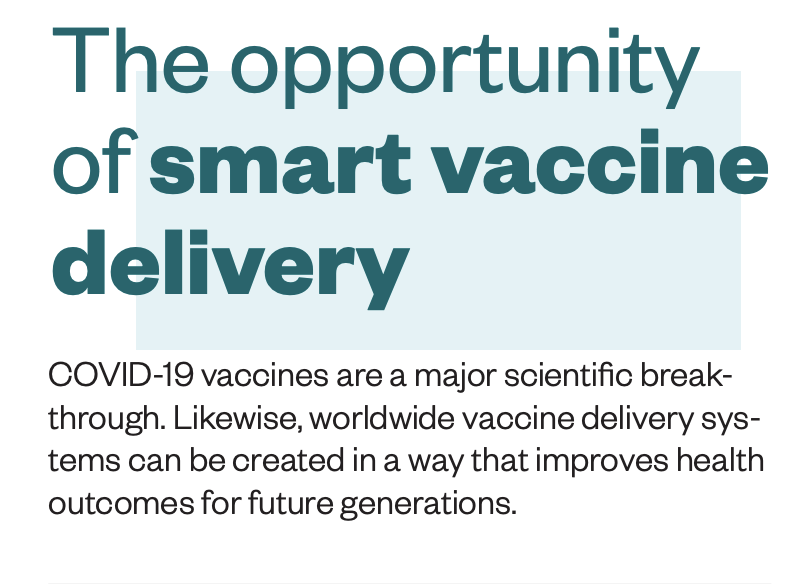 We worked with Health Awareness on the 2020 Value of Vaccines campaign which featured exclusive content from key thought leaders and industry voices about the importance of vaccination. 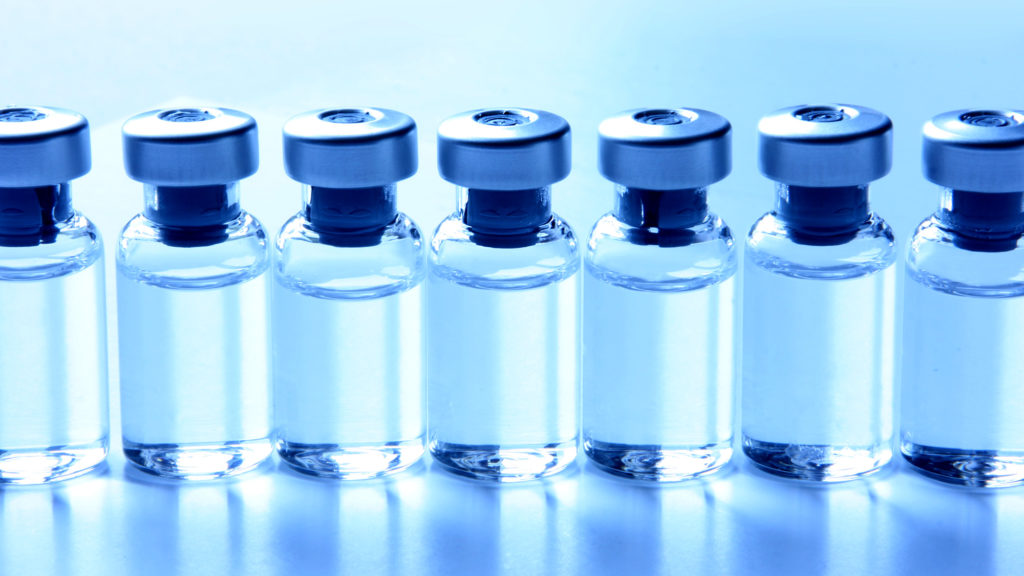 Nexleaf is featured in a Harvard Business Review article about the need to invest in infrastructure for distributing a vaccine globally on an equitable basis.

ColdTrace: Real-Time Data for Immunization and Beyond

Getting life-saving vaccines to every child on Earth is also a massively complex problem. Vaccines have to travel across continents and through difficult conditions in low-income countries, where basic infrastructure is inconsistent or missing. Then those vaccines have to be stored in remote health clinics, some with less than 8 hours of grid power a day. And they have to be kept at safe temperatures until they’re finally administered to kids. 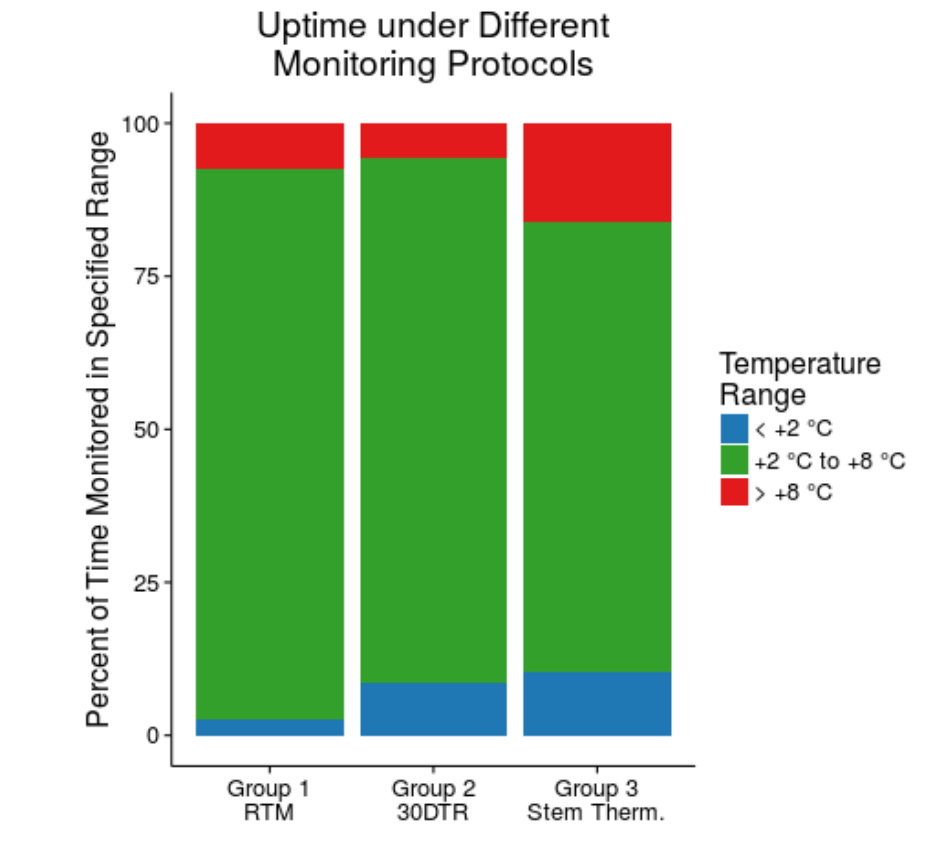 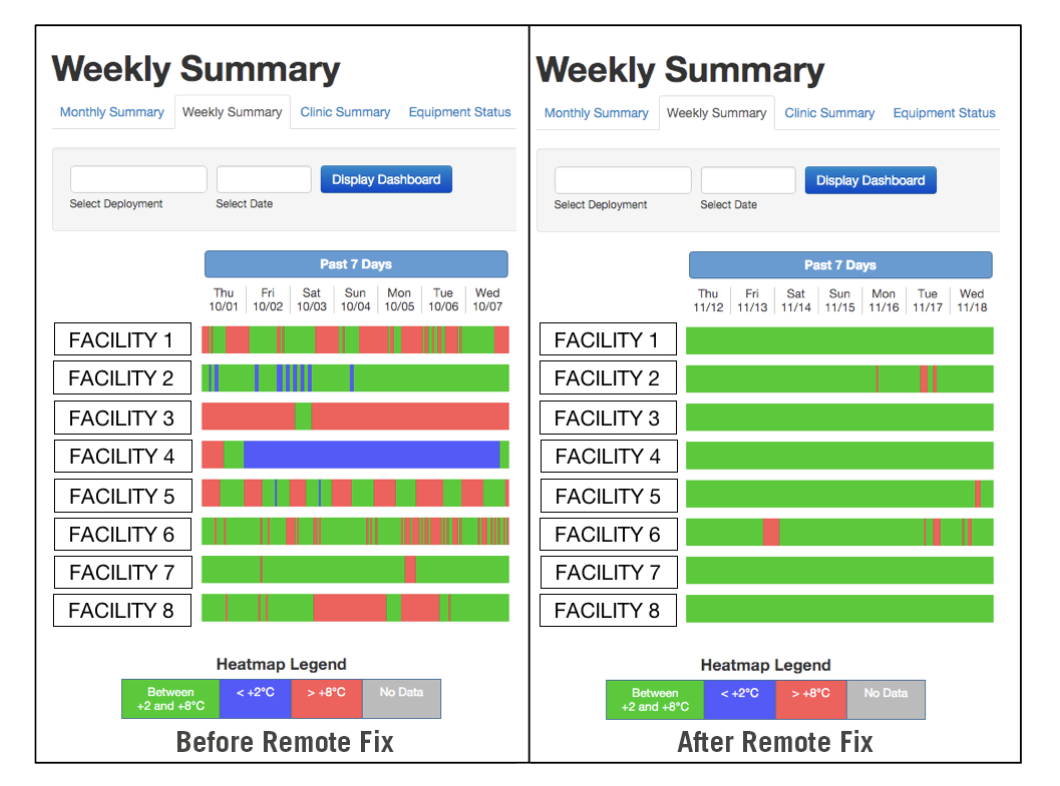 This assessment follows up on the randomized control trial conducted in 2014-2015 with Village Reach, PATH, and the Ministry of Health in Mozambique which aimed to evaluate the impact of remote temperature monitoring (RTM) on vaccine cold chain equipment performance at the health facility level. We launched this follow-up investigation to answer the question: Can maintenance + RTM lead to 95% uptime? 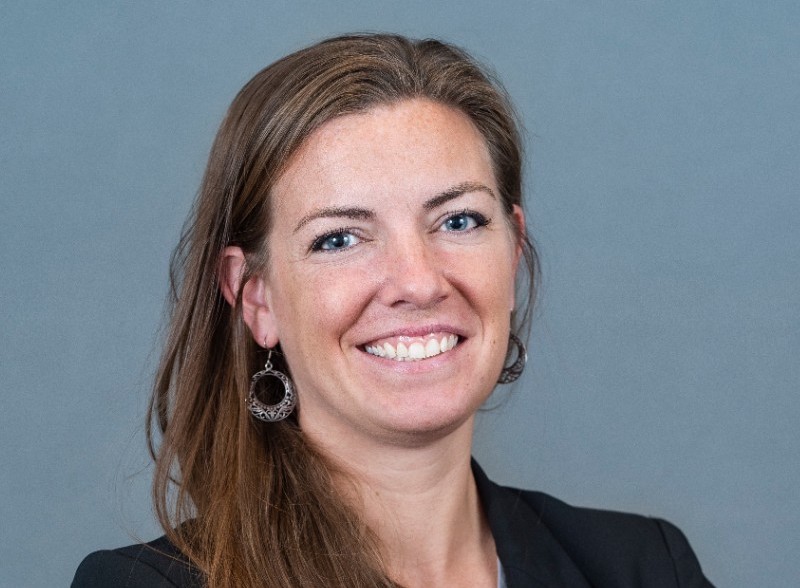